When you think about costume design, maybe you think about period clothing, poofy ball gowns, crazy animal costumes (à la Lion King) or the Wicked Witch of the West. I know I did before I helped out as a costume assistant last year for HOOLIGAN Theatre Company’s production of Footloose.

Footloose is neither set in a different time period nor does it have any non-human or crazy costumes. And yet, there was still a lot of thought and strategy that had to go into the costume design process that I hadn’t ever considered before. I thought I’d write out some of the strategies and challenges present in that Footloose production in case you, like me, have ever been curious about what goes on in the costume design of a musical. Hope you enjoy!

What was our look/time period?
It turns out that the director wanted it to be around 2010. This presented some interesting challenges – what was the fashion in 2010? Sure, a google search can help immensely, but what about for characters with particular styles/looks? How about a character that is trying to be fashionable but slightly failing? And what about characters like parents who are trying to be stylish but also in a grownup, sophisticated, and classic way? Those are a lot harder to do research for.

How many days are there in the show?
We literally sat down with the script at one point and determined how many days there were portrayed in the show, because that directly determines how many different outfits characters had to have – even some of the background people! It’s crazy how many outfits had to be determined and worn. Quick changes
Inevitably, there will have to be a quick change in a musical. Crazily though, some scenes in Footloose required changes on stage. There’s a scene with a fantasy song in the middle of a different scene, so the characters never had time to make it off stage to change. Instead, we had leather jackets strategically placed on chairs that they could grab and put on and take off for the song sequence to at least alter their look. 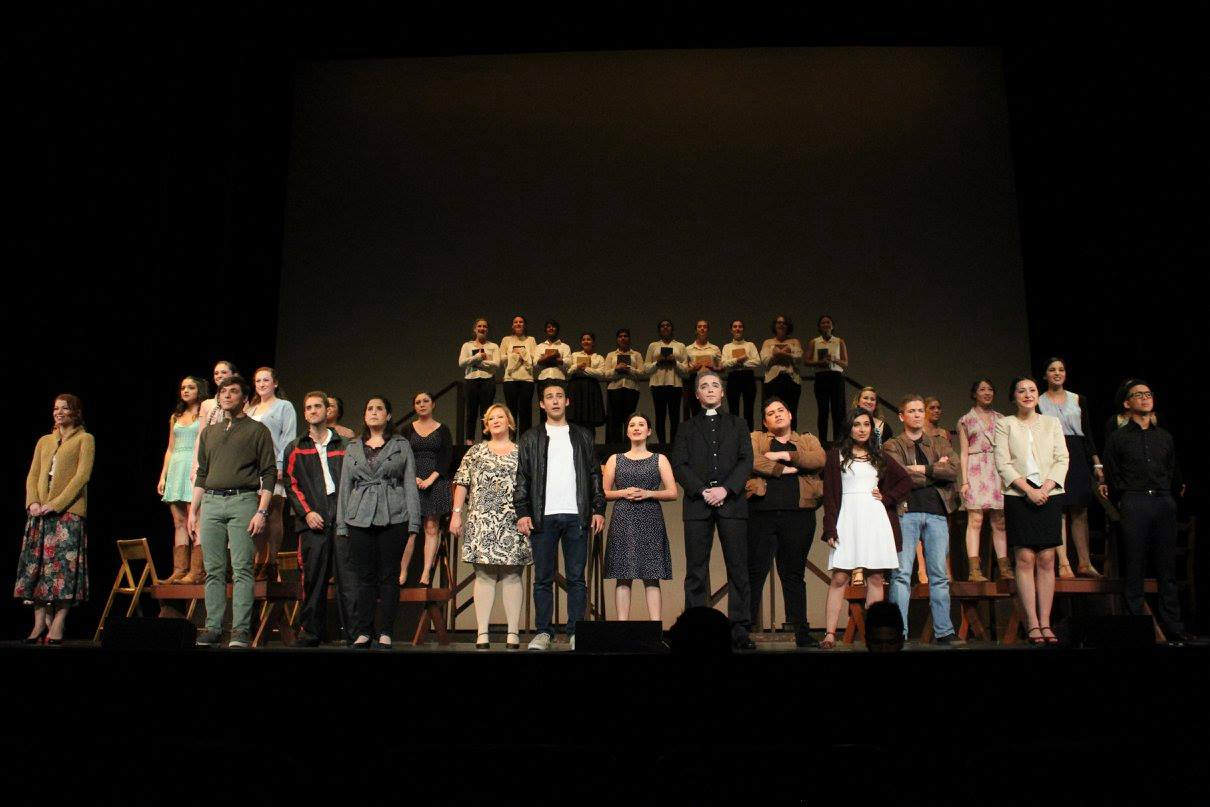 Strategic Color
We ended up using a couple of color strategies for our production. The first was assigning the main characters a color. For the non-protagonist characters, this can help establish a personality for the characters, and also helps the audience keep track of who’s who, all at hopefully a subconscious level. There were also couple color schemes for the main three couples in the show – the idea behind this technique is that it subconsciously helps the audience link the two characters together. It can also serve as visual indicators for how their relationship is going; in a romantic scene, for example, their color may be at its most vibrant and matching, such as a bright royal blue, while at the beginning or at a tense moment it might be duller or more contrasting, such as only the faded blue of jeans. 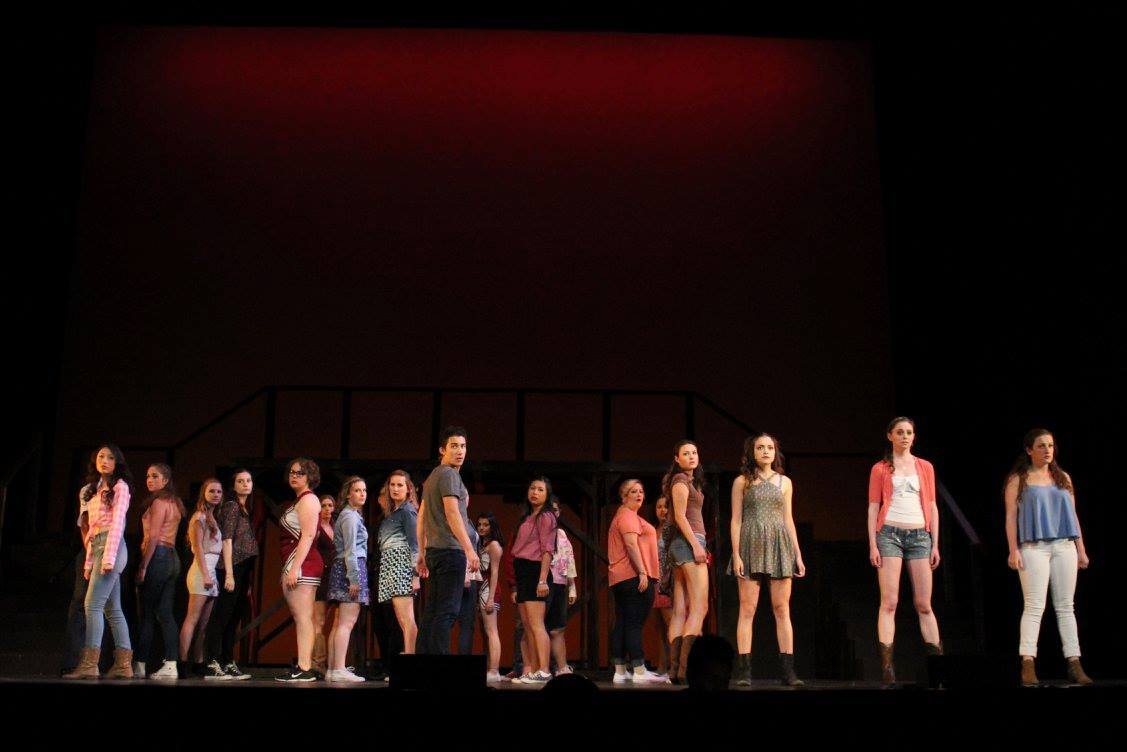 Group Scenes
Group scenes produce unique challenges. You want the costumes to look natural enough to be realistic, but often still want a particular and cohesive look. For instance, there’s a prom scene at the end of Footloose, and, in reality, everyone would be wearing completely different colors. But onstage, that would look like a contrasting and clashing mess of chaos, so we decided to give the actors a range of colors so that it would still look natural without any crazy color combinations. And, of course, certain characters still had to keep their assigned colors, so no one except for them could wear those. 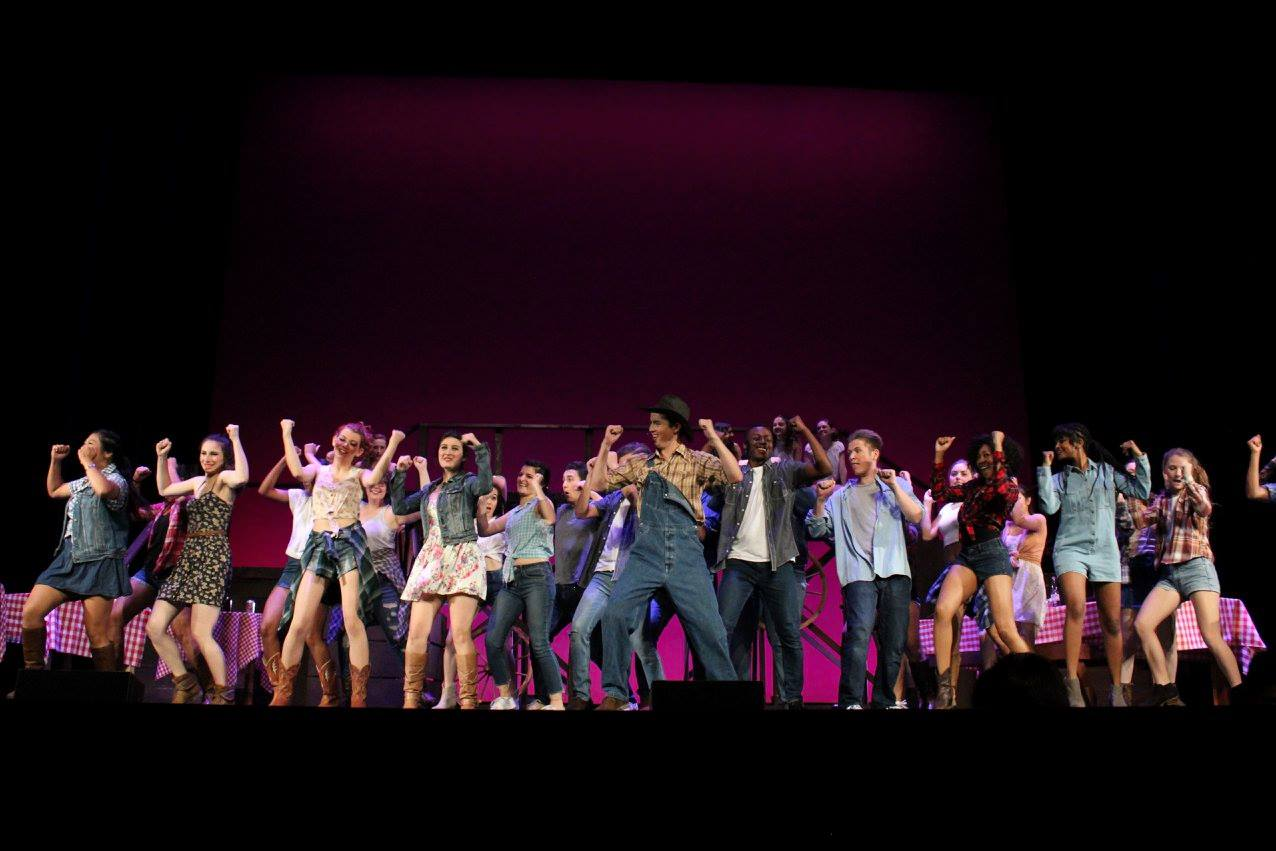 Hope you enjoyed hearing about some different costume design strategies! To see some costume designs in action, I recommend seeing any musical on campus – from HOOLIGAN, any of the other UCLA theater companies, or TFT!

HOOLIGAN Theatre Company’s productions of The Little Mermaid and Sister Act will be performed Week 1 and Week 2 of Spring Quarter 2018. Look out for tickets on sale at the end of Winter Quarter at CTO – they’re free for UCLA Students! You might even see our very own Blog Operations Editor, Kristy, swimming around onstage.