If you’re like me, you love costumes and all the creativity they may entail. And if you read the word “costumes” and started to hyperventilate, you’re not alone– costumes can definitely be a love-hate relationship, and that’s okay. As I lean more toward the “love” side, I wanted to share how easy (and inexpensive– hooray for non-existent collegiate budgets!) it can be to throw together a last-minute costume for whatever occasion, with a different inspiration for each edition of the article!

To clarify, we aren’t talking full-blown Cosplay– my costume budget is always $5 or less, which means I typically turn to my closet rather than a costume shop. Think more along the lines of Disneybounding! If you’re unsure of what that means, check out this video for a better idea. We’re about creating looks inspired by a certain character or story, and expressing it in our own ways, with pieces that are 86% likely to be found in our own closets (statistical accuracy up for debate, but you get the idea).

Alrighty, now that the background/inspiration for this series is established, this week we’ll be heading over to the Upside Down… AKA outfits inspired by Stranger Things! In my eyes, it’s never a bad time to whip out some 80s inspired looks, so let’s get right to it.

We’ve pretty much all seen the classic Season 1 Eleven costume– pink dress, blue jacket, high socks, the give-away bloody nose. Even if you haven’t seen Stranger Things, this costume probably rings a bell. Without spoiling any of season 2, here are the key pieces in Eleven’s main looks:

If you want to level-up the look, Eleven’s nosebleed and a box of Eggo’s should do the trick!

So this year I wasn’t planning on dressing up for actual Halloween, because my plans for the night constituted eating whatever candy I could find whilst cramming for the next day’s midterm. After running into a friend on Halloween morning who adorably donned a costume as Scar from the Lion King (pictured below), I decided there was no good reason not to put together a last minute Halloween look, and this Joyce Byers costume was born. Channel your inner Winona Ryder/80s mom — not as weird as it sounds– with these Stranger Looks! 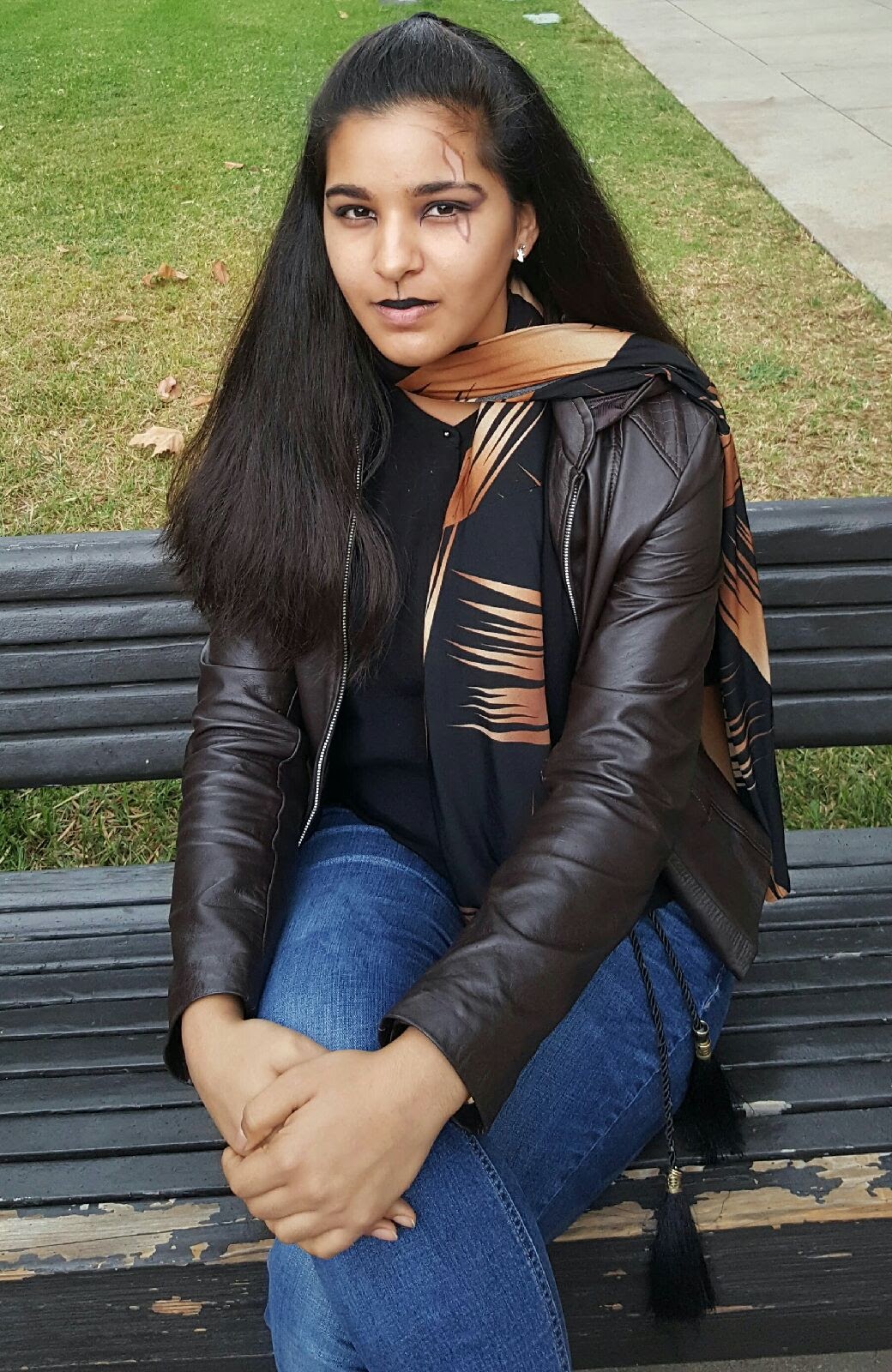 If you want to level-up the look, a fake cigarette and some christmas lights are what you need! Crazy eyes are an added bonus.

Ever played Dungeons and Dragons for 10 hours straight? Me neither, but don this Dustin-Inspired look and you’ll at least feel like you have… maybe?

Graphic tee
(bonus points if it’s reminiscent of 80’s pop culture!)
Zip up hoodie
Trucker hat
(His specific hat is 2 dollars on Amazon prime…  so far so good for our 5 dollar budget!)

If you want to level-up the look, steal your little brother’s Xbox gaming headset for the night, sport a backpack with all the essential demogorgon-fighting snacks, and practice your Dustin-growl. If you know, you know.

Hopefully now costumes won’t seem as frightening as the Upside Down! And if you’ve been puzzled for the entirety of this article, I strongly encourage you to toast yourself some eggos and watch Stranger Things as soon as possible. Also, if you try out any of these looks for any sort of event, be sure to tag @FASTatUCLA so we can see them!

Check back in a few weeks to see how to best represent your Hogwarts house pride!